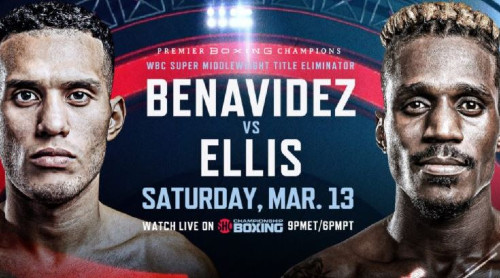 Replay after live over

If David Benavidez is going to get closer to a crack at Saul ‘Canelo’ Alvarez, he’s going to have to handle his business against Ronald Ellis first. The undefeated, former two-time 168-pound champion faces Ellis in a WBC super middleweight title eliminator on Saturday night. The bout will take place live from the Mohegan Sun Arena in Uncasville, Connecticut.