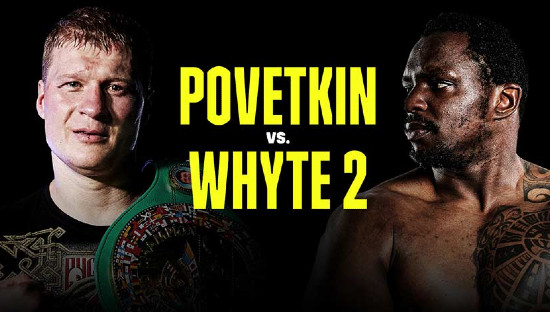 Watch Alexander Povetkin vs. Dillian Whyte II time, undercard
The card takes place on Saturday, March 27th. It begins at 7pm GMT, and main event ringwalks are expected at approximately 10pm. However, as always with boxing, the exact start of the main event will depend on how long the undercard runs.

When is Alexander Povetkin vs. Dillian Whyte II 2?
Alexander Povetkin seemingly forgot to read the script when he knocked Dillian Whyte out last year at Matchroom’s groundbreaking Fight Camp. Whyte believed he was on his way to the top of boxing’s heavyweight division and after dropping the veteran Russian twice in the fourth round, it looked like Whyte was about to enjoy a massive win. Things dramatically changed in the fight’s next round.