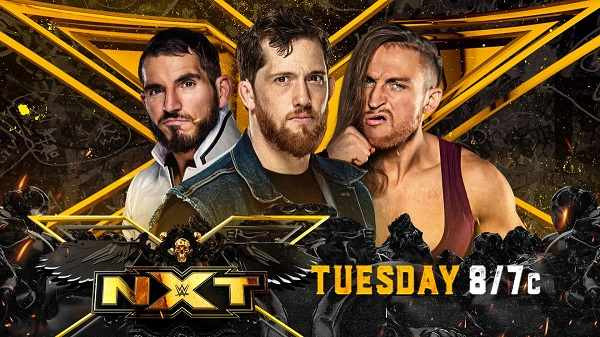 Kyle O’Reilly, Johnny Gargano and Pete Dunne to tangle for NXT Title opportunity
* Who will face Karrion Kross for the NXT Championship at NXT TakeOver: In Your House?
We will learn the answer to that question as Kyle O’Reilly, Johnny Gargano and Pete Dunne collide in a Triple Threat Match to kick off Tuesday night’s NXT, with the winner becoming the No. 1 Contender to the NXT Title. The match will be presented with picture-in-picture, so the NXT Universe won’t miss a second of the action.
NXT General Manager William Regal announced the match pitting three of NXT’s pillars against each other. With his win last month over former NXT Champion Adam Cole, O’Reilly has proven he’s cut out for the big time. Is he ready to take the next step? Meanwhile, Gargano’s reign as NXT North American Champion was ended earlier this month by Bronson Reed. But as a former NXT Champion, Johnny Wrestling has proven he has what it takes to wear the black-and-gold brand’s richest prize. Dunne has kept no secrets about his intentions to become NXT Champion for some time. Is it only a matter of time before the former NXT United Kingdom Champion adds another accolade to his resume? Tune in Tuesday at 8/7 C

Social Gloves Battle Of The Platforms: Youtubers Vs Tiktokers – 12 June 2021