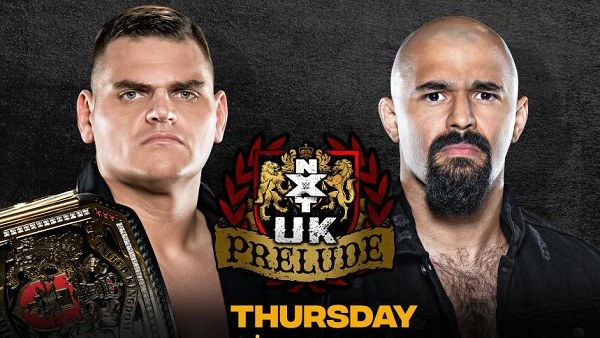 # WALTER to defend NXT United Kingdom Title against Rampage Brown at NXT UK Prelude on April 8
* WALTER asked Johnny Saint to look the world over to find a worthy challenger. But it turns out the toughest potential foe was standing right here in NXT UK. The Ring General will defend the NXT United Kingdom Championship against the undefeated Rampage Brown at NXT UK Prelude on Thursday, April 8, streaming exclusively on Peacock in the U.S. and on WWE Network everywhere else. Since the moment he arrived in NXT UK more than two years ago, WALTER has dominated the competition. Ending Pete Dunne’s run as the longest-reigning NXT United Kingdom Champion, the leader of Imperium has amassed his own record-setting reign, toppling the likes of Ilja Dragunov, Tyler Bate, Joe Coffey and more. But Brown has also run roughshod since coming to sports-entertainment’s fastest-growing brand last November. The powerhouse from Leeds, England, has put down every opponent in his path thus far, including signature victories over Coffey and Dave Mastiff. Who will prevail in this collision between Europe’s two best heavyweights?

# Tyler Bate and Noam Dar to collide at NXT UK Prelude for a Heritage Cup Championship Match
* After posting an impressive victory against the gargantuan Dave Mastiff in a Heritage Cup Rules Match last week, Tyler Bate has just one hurdle left to clear if he is to achieve his goal of challenging A-Kid for the Heritage Cup, but it’s certain to be a tall order. Standing in Bate’s path is Noam Dar, the brash host of “Supernova Sessions,” who recently had a run-in with the first-ever NXT UK Champion on his talk show. After trying to provoke Bate by questioning him about his newfound Zen lifestyle and dropping lettuce and broccoli into his rival’s lap, Dar was embarrassed when Bate pretended to strike him. Bate’s ruse caused Dar to fearfully leap backward and onto his couch for cover. Now, the two will settle the score at NXT UK: Prelude on Thursday, April 8, and the winner will earn a future Heritage Cup Match against A-Kid!

# Satomura and McKenzie to battle Ray and Dawn in highly anticipated tag bout
* eemingly in the blink of an eye last week, NXT UK Women’s Champion Kay Lee Ray touted her greatness, Emilia McKenzie made her jaw-dropping return to NXT UK, Isla Dawn suddenly assaulted McKenzie on the entrance ramp to set the stage for Ray to join her for a two-on-one beatdown, and Meiko Satomura sprinted to the ring to spark a wild two-on-two brawl. Satomura and McKenzie cleared the ring of their foes, but moments later, it was announced that they would team up for a tag bout against The Scary Queen of Scots and The White Witch at NXT UK Prelude.
The match will mark the second time that Satomura and Ray stand on opposite sides of the ring, as The Best in the World came up just shy in her quest to dethrone the champion in an instant-classic title fight mere weeks after debuting on NXT UK. Dawn has been sporting a vicious new attitude in recent weeks, and after she launched an unprovoked sneak attack on McKenzie last week, what will happen when these two competitors renew hostilities?
Find out at NXT UK Prelude, streaming Thursday at 3 p.m. ET