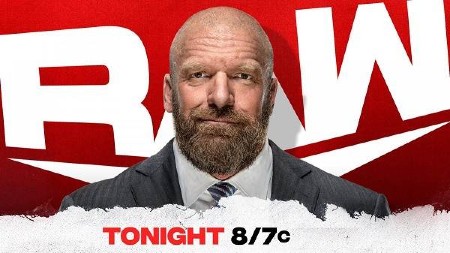 Preview For Tonight Raw Episode:
* The target on the WWE Champion’s back is bigger than ever, and The Viper aims to strike this Monday on Raw in non-title action.
Drew McIntyre successfully defended his title last week on the red brand in an all-out battle against Keith Lee, but the biggest fireworks were saved for after the match. Goldberg returned to close Raw Legends Night with a Royal Rumble challenge for The King of Claymore Country. Before facing off with Randy Orton, McIntyre will address the challenge from the iconic Superstar.
The Legend Killer spent most of last Monday tormenting the honored guests and scored a victory over Jeff Hardy. Orton will now turn his attention back to the fighting champion, as McIntyre ended The Viper’s latest WWE Title reign mere weeks ago.
Can McIntyre push back another challenge from his rival? Or will Orton deliver a message in his path of destruction?
Don’t miss the hard-hitting clash this Monday at 8/7 C